The antique Pnoubs,
a link between the Mediterranean World
and central Africa 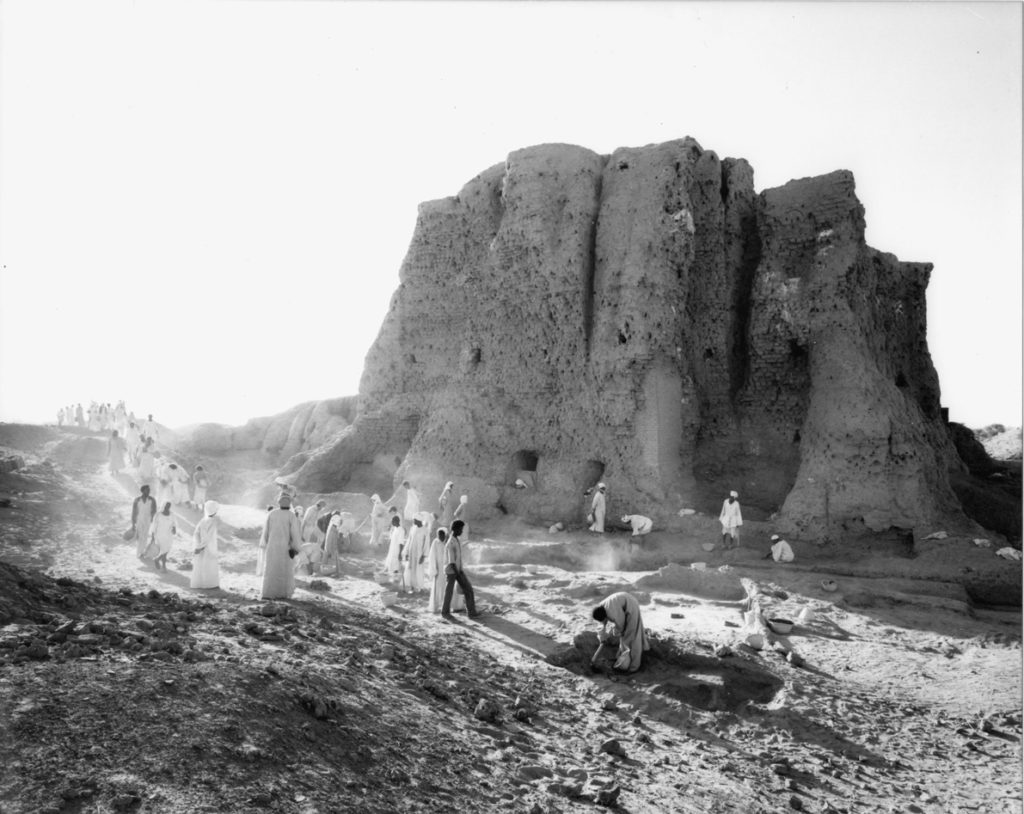 Towards 2500 before J. – C., a complex state is established in the south of the borders of the Egyptian Empire. Very early, a powerful sovereign gains control of the territory and its army made up of frightening warriors will support a certain centralization. The capital of the kingdom, Kerma, extends on an island in the center from a vast country which little by little develops along the plains of the Nile on several hundred kilometers. The exchanges with Egypt make it possible to the inhabitants to create a network facilitating a goods traffic of central Africa to the Mediterranean. Thus, gold, the wood of ebony, the animal skins wild or the incense, the ivory and the sticks of jet, arrive to a broad market. This new independent regional force complicates the will of expansion of the Egyptians who will protect their southernmost side, by imposing fortifications.

The ancient urban area of Kerma after systematic excavations lasting more than 30 years offers the image of a metropolis. It is initially founded on both sides of a center lane which soon will be bordered by bastions protecting this initial alley. Around, the urban centre becomes true city, such an equipped with a defense system increasingly more important.  Deep ditches are probably out of water during the period of the flood and the course of the Nile is a little distant from these trenches dug partially by the man. The largest dwellings are placed near as of doors so that the persons in charge can supervise the passage of the products which were sealed by the administration. Hundreds of prints of seals were collected on the places booked with the handling of the goods coming from north or the south.  The urban core is occupied by a religious district surrounding the principal temple of the city, still preserved today on nearly 18 meters height. One calls this monument of a Nubian name: the deffufa, which means a anthropic construction which is detached on the horizon.

Archaeological work made the proof that right from the start of the establishment existed a place of flanked worship of vaults. Other sanctuaries were released but the most remarkable unit is in the south-west where a secondary urban area is defended by a ditch and multiple fortifications. At this place, an institution planned for a worship intended for the late kings appears itself as a group of vaults associated with workshops being used with the preparation as offerings. One also discovers there a royal palace which is similar to that installed close to the deffufa. 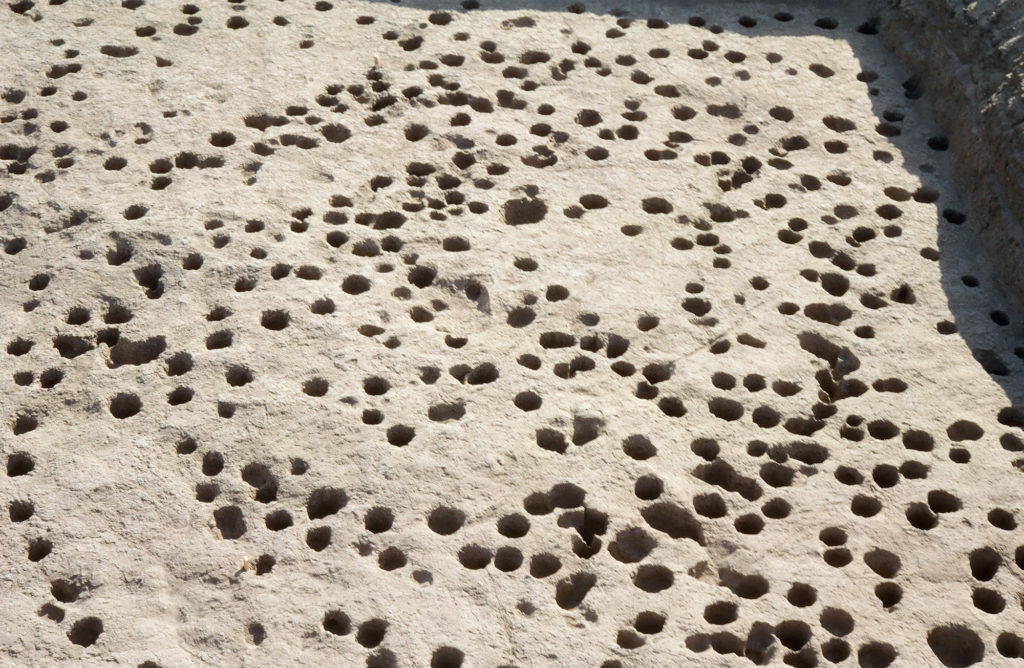 The manner of building evolved during one millenium. At the origin, the habitat is consisted hundreds of huts made of planted posts drawing of the circles of more than 4 meters in diameter. Certain ground and wood buildings are also high on rectangular levels, lengthened.

The influence of Egyptian architecture results in the appearance of constructions into raw bricks which quickly become the principal material even if the latest structures (around 1600 before J. – C.) are built out of cooked bricks and stones recovered in close careers. These stones are worked little however of the bases of columns or of the furnace bridges can be cut finely in a dolomitic marble.